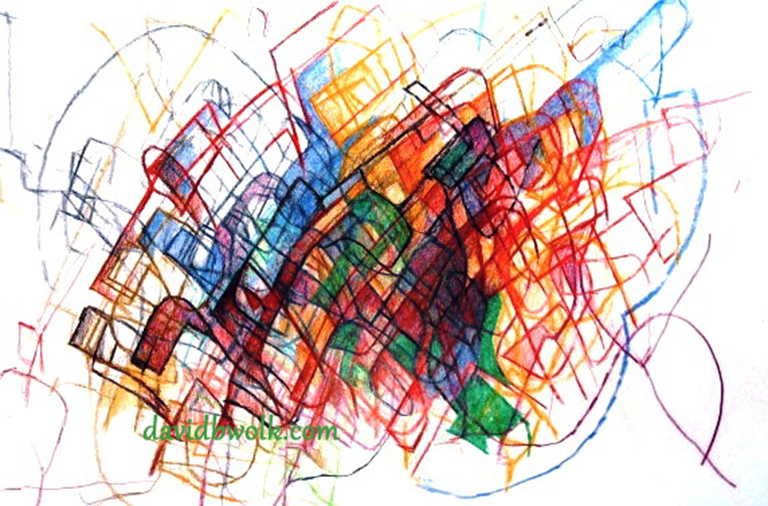 This is artwork which doesn’t attempt to represent something outside of itself. That is: a line remains primarily a line and is not used to represent a form of something we see before us with our eyes. Rather the line is an expression of the movement of the mind, tracing the path of thought, if you will, which finds a satisfactory form on the page or canvas before the artist; this form being the contribution of the wedding of the artist’s mind and his heart. For the initial thought which emanates from the mind has no form; this is the aspect called Chachmah, which is represented by the letter yud of Hashem Holy name, which is merely a dot; that is: it has no form, no width, height or length. This thought which originates in the mind finds form in the heart, which is the aspect of Binah, which is alluded to by the letter heh of Hashem’s name. These two aspects are inextricably bound to one another, for as soon as the thought finds form in line and color, that form encolthes the thought and is all that is known of the thought to another. Thus, all the form that is seen before us is the form expressed through the heart of the enclothed thought.