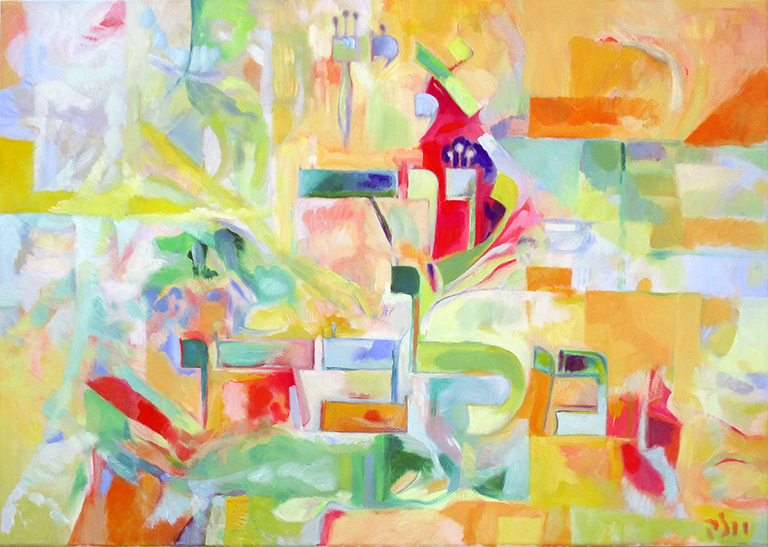 For the sake of the glory of Hashem, who desires the praises of His People. Who governs every smallest detail of our lives and directs our every breath in order to return to Him with a full heart. Who is steadfast in faithfulness and brings life to those dwelling in the dust and lights the eyes of those in utter darkness. Who encourages every heart that yearns for Him and hears the call of even those who know not to utter sound.

Because all is His working, therefore all is great; therefore I embark on tracing visible lines of my history, and am not embarrassed to bring my sketchings  before the King of King of Kings. I recognize how He has led me from darkness, how He has done wonders with me, raised me up from Oblivion, and caused me to dwell in the Land of the Living, to enter the Gates of the Righteous, to sit “b’Seter Elyon”, under the Emanation of the Most High.

Before me is a very important and deep inyan to write about; so deep that I don’t know how to describe.

When I started in art, it is hard to say when this was (when was the beginning of this awareness), I saw that the content, the תוכן, the nekudah of interest of meaning in the art-making for me was something that had no connection in this world whatsoever. My understanding was that this world, everything that is done here, at the bottom line, in the terms of this world, it seems, is a matter of money. And the point of interest to be sought in the art was something that had no connection whatsoever to money.

I saw; here I am devoting my life, my heart and soul and all my precious time, I am taking my life in this direction (and by doing so, necessarily I am cutting myself off from other directions), and this direction has absolutely no connection to this world. That is, the inner content of what I am pursuing is something spiritual (thus I call it now), that has nothing to do with the values of this world.

I believed in the worth of this search, this interest, but I was disturbed deeply by this frightening separation from what could be called the “path of the world”. [That is, even though there are many paths in the world that people travel, yet all have a common denominator: that the path provides for self-sustenance (physically, has a foundation in this physical world), but this path here is different than all others.] Though this fact was apparently quite clear to everyone I knew, including myself, yet it seems that there was also some kind of superficial acceptance that somehow “this is also a path”. I say superficial, because the underlying thought was: of course it is not likely that one can support oneself with such an occupation, rather one will be forced to pursue a worldly occupation as well. Superficial because, if so, then it is not a path at all. For a path which has no basis within itself, rather is dependent on something else, cannot be called an independent path unto itself. Yet, I understood it definitely as an independent path; otherwise–it demanded extraordinary exclusivity, intense singular commitment which excluded all other matters in life as at best secondary.

It seems to me now as something comical, for only Avodas Hashem holds such a place. Yet this was in total seriousness my situation then. I approached Art as one should approach Avodas Hashem, with the utmost seriousness and commitment, with mesiras nefesh. Therefore it seems to me now that artwork for me, even then, was actually Avodas Hashem. The internal intangible point of interest for me was nothing less that finding Hashem and His truth, His will. (This requires much elaboration, be’ezras Hashem.)

My problem was definitely more acute in my being because of the culture in which I found myself, namely America, was that in which money is upheld, without second, as the supreme value.

It was not at all times that I was aware of this inner guiding purpose, or at least not in the forefront of my consciousness. There were many aspects to the “art career” of mine that had connection to this world. Such as the learning of the formal fundamentals, which occupied me seriously for several years. There was the “Art World” and the “other artists” with whom I apparently shared a common direction.

But then I saw myself at the end of my training and my nearly total disillusionment with the Art Academy Establishment, and also the gradual stripping of the illusion that others shared my goals. At this stage essentially what remained for me was only my initial inner impulse for art. This inner impulse was something extraordinarily intangible, something that basically defied explanation, even between me and myself.

The rest is niflaot HaBorei, because He was behind it all to lead me to true spirituality. And now that I have returned to art, I am still astounded that its root is entirely spiritual and has no connection to this world.

All this needs great elaboration.

Nothing exists except Him